Report to the Stakeholders for 2009

Steve Jackson Games Incorporated has a single stockholder: me. But many people have a stake in the success of the business. Our STAKEholders are our employees, our distributors and retailers, and, of course, the people who PLAY our games! Other vital stakeholders are the freelance artists and designers we work with, the printers who create the finished product, the volunteers who demonstrate our games at conventions and retail stores, and the convention organizers who depend on us for game programming, prizes, and so on.

We try to stay in touch with all our stakeholders. The main avenues of communication are the Internet, the catalogs and other marketing material that we distribute, and the letters that go to the 200+ people and companies to whom we pay royalties. But every year since 2004, I've written a report not unlike the "report to the stockholders" that you'd expect from a public company. It's a useful exercise for me, and I've gotten favorable feedback from all levels of the hobby. So here it is again.

We are, as I assume the reader knows, a publisher of games. Not all of these are physical products. Every year, more are digital downloads . . . PDFs and a few other types of file sold through our e23 site. We also publish two magazines: Pyramid (which became a monthly PDF release in late 2008) and the Journal of the Travellers' Aid Society, which is, as of this writing, a biweekly online zine.

We have been in business since 1980. We employ, at the moment, 28 full-time staff and contractors (and are recruiting for more), plus several part-timers. We need more people.

Executive summary: We stayed profitable, we tried some new types of games, Phil leveled up in the Boss class, and I got some more time off.

The Munchkin line, including the Munchkin Quest boardgame, accounted for nearly 80% of our revenue in 2009! It is now available in 15 languages, with one more licensed. The GURPS roleplaying system is the other main component of our sales, and the mainstay of the e23 PDF library. Most of our new GURPS releases are now PDF. 2009 saw only one new hardcover release for the system: the long-awaited Vorkosigan sourcebook.

2009 was another really good year, which makes three in a row.

We released three good new boardgames. All three were originally designed out of house. Phil Reed discovered Nanuk at Protospiel and Revolution! on the BGG site, and we bought the rights and developed them. The Stars are Right was originally published by Pegasus Spiele in Germany. Each of them extends our range past my own ideas and skills, because each one includes mechanics and concepts I would never have come up with myself . . . so I'm delighted to have them in the line!

Our digital-product division, e23, had higher sales in 2009. We are still either the #2 or #3 seller of downloadable files for the gaming community (we don't know just how the competition is doing).

In 2009, e23 released 33 brand-new PDFs (mostly for GURPS), an assortment of freebies, 28 "reprint" items, and GURPS Lair of the Fat Man, a classic adventure from Space Gamer days which was completely rewritten for GURPS (and therefore neither a reprint nor technically "new").

We don't want e23 to become a pure company store, and we DO want to take advantage of the "long tail" effect, so we will continue to sell quality PDFs from other sources. This year, we added two first-class publishers, Amarillo Design Bureau and Hero Games, to our lineup. We pay dramatically better royalties than our competition, and we'll do our best to continue that.

Our business organization remains reliable. Our financials and royalty payments have stayed up-to-date for years now. Room for improvement here would include an actual budgeting process (nothing like that takes place now, though this year we instituted a regular cash flow report) and better utilization of capital (which probably means adding game development staff).

We're still not at 100% on this, but progress continues. In 2009 we got about a half-dozen games and supplements out of me (you haven't seen them all yet!), plus some good editing and development.

Apps for the iPhone

One of our 2009 priorities was to ship a homegrown commercial application. We released the Munchkin Level Counter iPhone app in July, and it did NOT immediately make us all wealthy. At the current rate of sales . . . which have remained steady since release . . . we'll break even on the project in late 2010. That's not the kind of instant success that the media loves to write up, but it's not bad, either. Reaction from Munchkin fans has been good. We released an update with a new feature in December of '09, we're porting it to the Android, and we have other apps in the works.

These were the places where we wanted a win and didn't quite get one, or where success and failure were mixed.

Our staff picture has improved, but not enough. Lack of depth is still an issue. Too many of our key people still have no clear backup.

But we're still making SJ Games a better place to work. In 2009, we gave holiday bonuses totaling 13.7% of payroll, plus modest raises. We also had two "office closed, but everybody gets paid" weeks – one in summer, and one at the end of the year. And we added short-term disability coverage to our health insurance.

We experimented with a new format for Munchkin supplements: 15-card themed booster packs with foil sparkles. The first one, Fairy Dust, was a fast seller and well received, but the cards started to curl after the package was opened. They were beautiful, and shiny, and would not lie flat. It was because of the foil, and we couldn't find a fix. Some users didn't care, but some did. We finally just dumped the unsold ones, gave the retailers a full refund for both sold and unsold copies, and ordered a non-foiled reprint. Very few copies of the second foil booster, Waiting for Santa, ever made it out of our office, except for the 5,000 in the special Munchkin Holiday Edition. 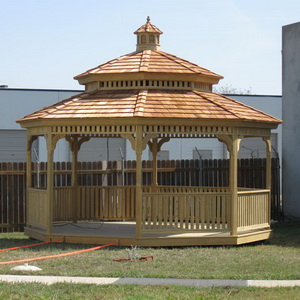 The win here: we established that the gamers like the idea of a very inexpensive mini-supplement, and we'll definitely do more of these. But it was still time and money down the drain.

We got our new mezzanine built, giving us more and better space for both office and storage, plus one whole room we haven't used yet.

Online sales of physical goods were down a bit, largely because we dropped a lot of outside products. When we finish crunching the numbers, we suspect that net income will be slightly up anyway, because the profit margin on our own products is better!

We're still the exclusive online retailer for some excellent publishers, including Atlas Games and Grey Ghost Press, and we're happy with that.

Our goal for 2009 was to "consolidate, organize, and give good service." We did not consolidate as well as I'd hoped, but we did get more organized and we know our service was good.

Our general-interest online magazine, Pyramid, was taking a lot of resources and barely breaking even. In 2008, we changed the format to PDF and the content to "mostly GURPS," and gave all subscribers a free six months to get used to the new format.

The result? Pyramid still takes a lot of resources for relatively small readership and returns. We'd like to find a way to keep the magazine going in a way that would interest more of our users.

Cleaning Out the Pipeline

We made more progress on restarting stalled projects; in particular, The Vorkosigan Saga and GURPS WWII: Red Tide were released. GURPS Crusades got into an editor's hands. There are still a couple of stuck projects, such as Evil Ted, but at least there are fewer than last year.

A Flash animation for Zombie Dice was very, very neat, but got only a few thousand views on the website. However, it proved to be a great previsualization for the iPhone app version, and we hope that it'll get a lot more attention once the game's out.

Things that definitely didn't go as they should have . . .

We were all very pleased with the new look and great new components of Frag Gold Edition, and reviews were good, but the new edition was a marketing failure. Many distributors and retailers never understood that this was a brand new edition with a real gameboard and plastic pieces. Some retailers never even noticed its release, because we were still getting "when will this come out?" inquiries four months after launch. Some of this was due to a stock-numbering screwup, and some . . . well, we just have to work harder to get the word out about our new games.

Our UltraCorps online game project remains such a bad case of "stuck in the pipeline" that it gets its own mention. The game itself is finally good to go, but we had an issue with server uptime. We're now working to put all our servers on a virtual hosting service.

We all went into 2009 with great trepidation for the future of our hobby. But the economy didn't nuke any major players.

Dave Arneson, the co-designer of Dungeons & Dragons, died in April.

PAX graduated to superpower status in the game convention world and announced that there would also be a PAX East, in Boston, in 2010.

GenCon emerged from bankruptcy and avoided a hostile takeover bid. Attendance at GenCon 2009 was good.

White Wolf, now a subsidiary of online game titan CCP, cut back sharply on its hardcopy RPG releases, leaving WotC as the only major publisher of new "physical" RPG books.

NECA announced that it had purchased the assets of WizKids from parent company Topps and would republish (at least) the HeroClix line. Meanwhile, WizKids founder Jordan Weisman launched a new company, Wells Expeditions, which released an elaborate collectible mass-combat miniatures game, Arcane Legions.

SJ Games continues to work toward shared goals with its hobby-industry partners. These include:

We still believe this sort of cooperation is our future. In fact, in a tough economy, those companies which don't learn to cooperate are likely to be among the first to fall.

Over the past few years, we've seen that it's good to set priorities, and that it's even better to remember them as the year goes on. How'd we do in 2009? 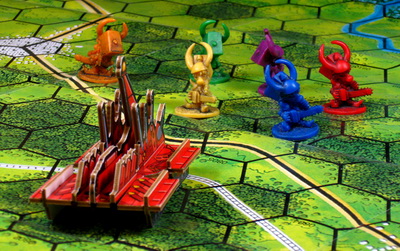 Run away! Run away!

Thanks, as always, for your support.