Report to the Stakeholders for 2020

We are, I assume the reader knows, a publisher of games. We have been in business since 1980. At the end of 2020, we had 29 full-time staff and contractors, plus a few part-timers. Most of our line consists of card games, boardgames, dice games, and RPGs. We sell through hobby distribution, the mass market, and direct sales (Warehouse 23, our online store, has been online for two decades) – both physical products and digital downloads.

Despite the year being such a . . . 2020, I am proud to report that our team powered through, and we kept the business running without the need to lay off staff.

Gross income was roughly $4 million, down slightly from 2019. (See last year's report for more info.) Considering the world's state in 2020 and the fact we remained profitable, that's a huge win. We couldn't have done this without the support of our staff and every single one of you who play our games. 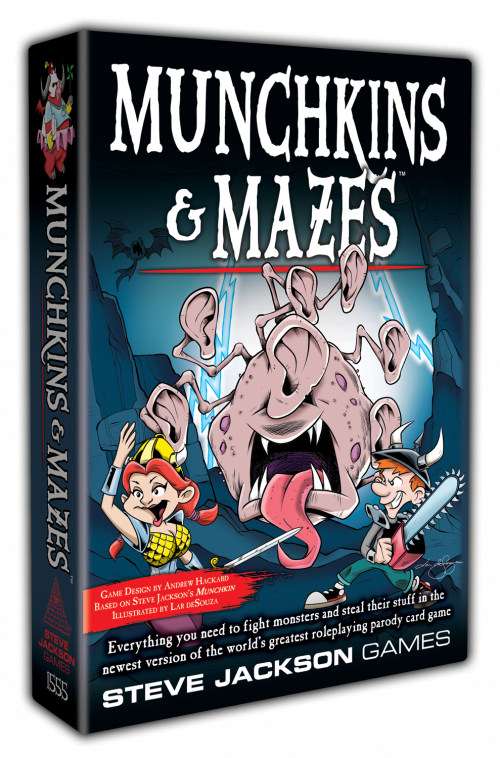 Evergreens for the Win

As the world collapsed under a global pandemic and our routines were devastated, we were fortunate that our evergreen titles – those games that sell year after year after year – held their sales strength and, in some cases, even saw a spike. Reviewing the numbers, new titles in 2020 accounted for less than 30% of our overall revenue; those evergreen games keep the lights on and the doors open.

As always for almost two decades, Munchkin was a powerhouse. We had two new core sets in 2020 – Munchkin Tails and Munchkins & Mazes – and both performed well enough that reprints are at the factory and scheduled for release later this summer. If we timed everything right, the reprints will land early enough to have no interruption in supply.

After years of work, Car Wars finally made it through the crowdfunding process and to the factory. This line has been such a massive investment in 2020 that it appears in this list multiple times, so right now let's focus on the good: The game generated over $1,000,000 in support from over 4,000 gamers (between Kickstarter and BackerKit), making it a truly epic event for our team.

As in 2019, we continued to improve our crowdfunding efforts in 2020, turning to Kickstarter, BackerKit, and Indiegogo to bring several different projects into existence. 25% of our revenue came from crowdfunding efforts, which is higher than earlier years and a trend we see continuing through at least 2021 as the world (hopefully!) starts to find its feet and return to normal.

Steve and the team have Wiz-War, GURPS Girl Genius, and some Fantasy Trip projects in line for crowdfunding efforts later this year. Please follow both the Steve Jackson Games and Warehouse 23 accounts on Kickstarter so that you don't miss out on these projects!

While our staff did an incredible job of keeping tasks and projects moving in 2020 (see above), we had one major loss that continues to impact our efforts to this day. In June, Monica Stephens – a long-time member of our staff and Steve's companion of 30 years – died of congestive heart failure as a side effect of chemotherapy. Monica's absence is still being felt, especially in our pre-mortem sessions. Her eye for detail was always an important part of achieving our desire to publish quality work.

Our top priority is simply survival. No one is out of the woods yet. Due to the pandemic, shipping from Asia has become slow, unreliable, and expensive.

Our second priority is to support the evergreen titles as best we can, with promotions, marketing, and small supplementary releases that spotlight a game line or brand. Our top three lines for support in 2021 are Munchkin, The Fantasy Trip, and GURPS.

The third priority, of course, is to get Car Wars to you. Nothing about the first two priorities should interfere with Car Wars; it's a question of finishing the production and – somehow – getting them shipped to us.

Brand-new games are a fourth priority. We have been busy, and we have some to show you . . . but depending on the pandemic and the needs of the higher priorities, we may release them in 2021, or we may stick with the evergreens for now.

With luck and hard work, 2022 will start out on a stronger footing than we saw in 2020 (or so far in 2021). Although it looks unlikely that we'll get back to face-to-face gaming and conventions before late in 2021, everything should (knock on wood) align so that we can return to conventions, in-store gaming, and game nights with our friends in 2022. If all goes well, we'll be here when that happens, and we'll have new things to share the next time we see you at a convention.